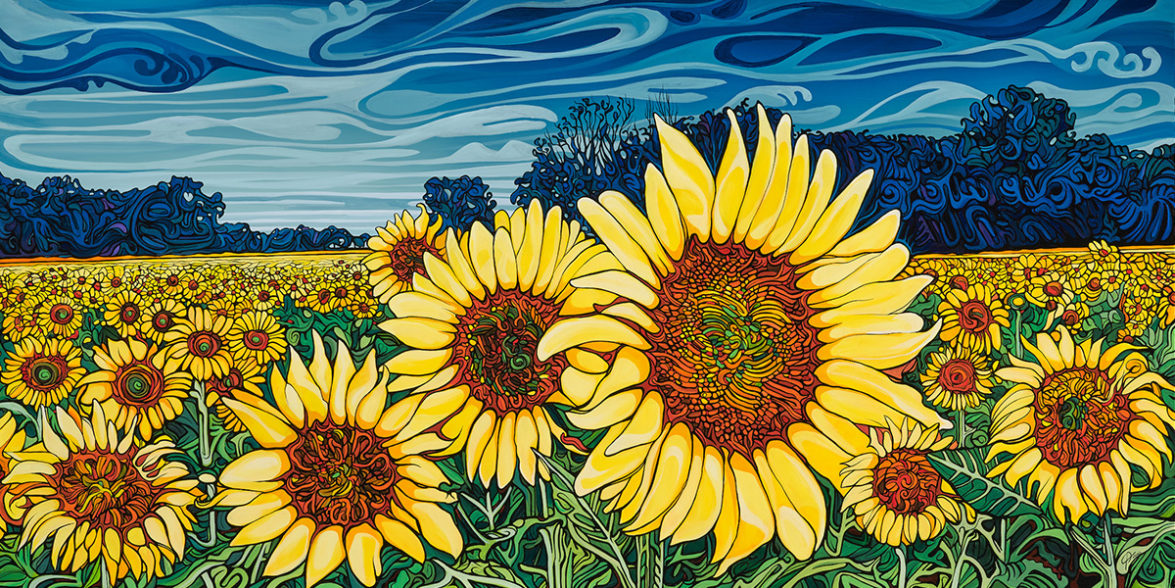 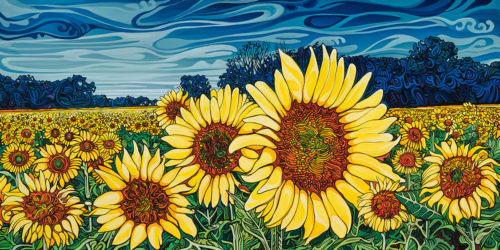 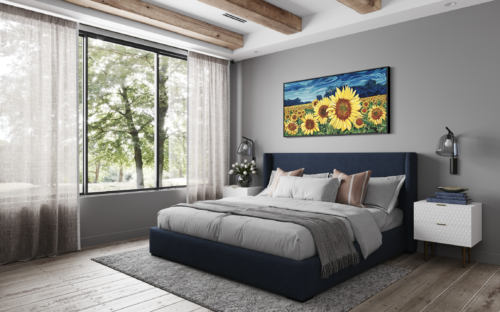 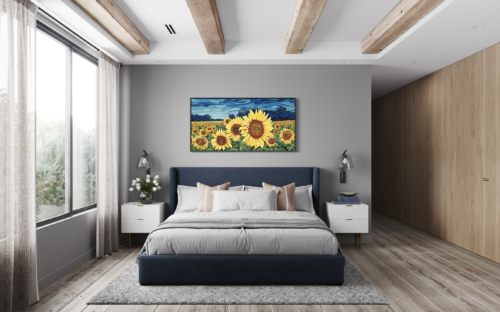 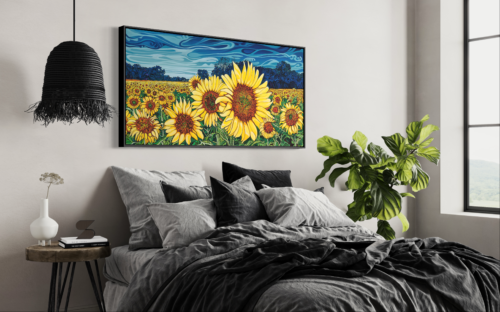 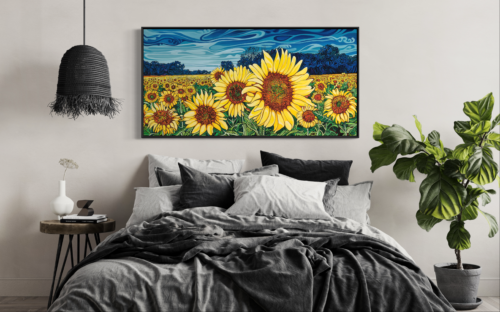 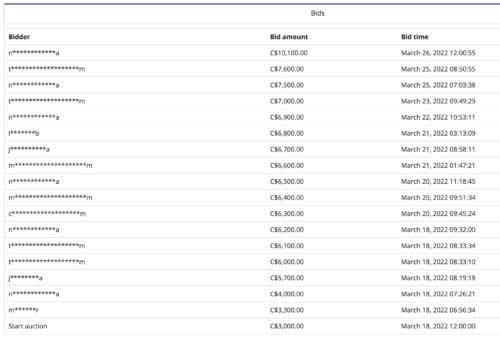 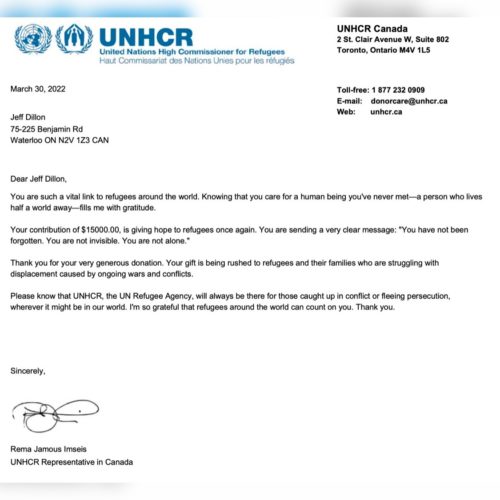 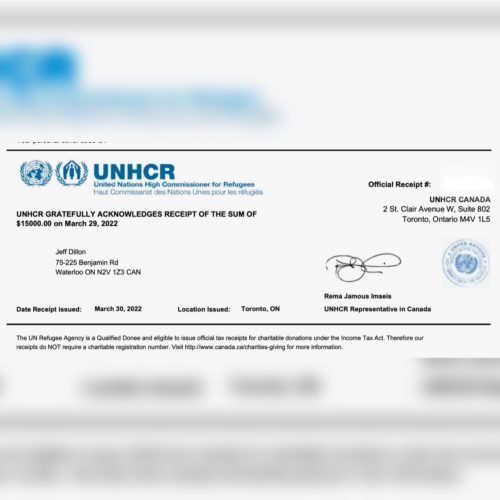 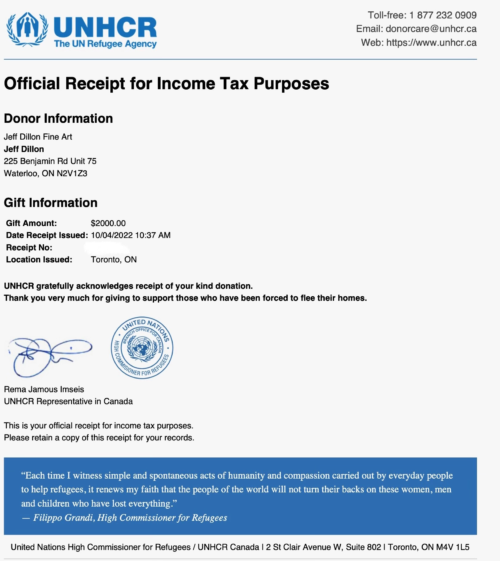 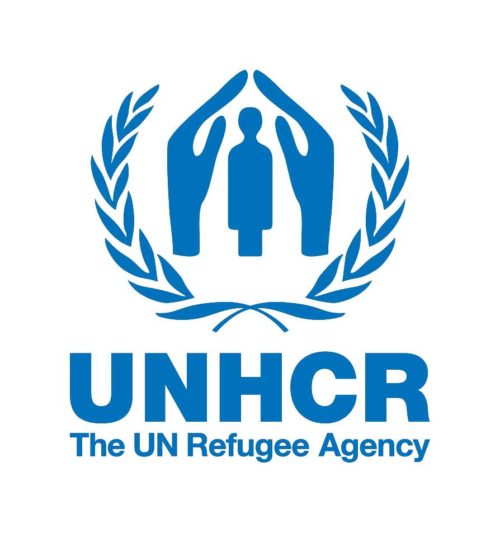 The UN says that as of 5 May, 2022, more than 12 million people (many are children) are believed to have fled their homes in Ukraine since the conflict began, according to the United Nations. Over 5.7 million have left for neighbouring countries and another 6.5 million people are thought to be displaced inside the war-torn country itself. This situation is quickly becoming a humanitarian crisis of unthinkable proportions.

The United Nations High Commission for Refugees has stepped up their operations in Ukraine, and in support of neighbouring countries who have opened their borders to those people who are seeking refuge from the onslaught of attacks and missile strikes devastating their cities.

Here, within the safety of Canada it may seem there is little we can do to help. However, I’d like to offer this opportunity to support the UNHCR in their efforts. I am donating this painting titled, “Solidarity” for auction. The landscape symbolizes the blue and yellow of the Ukrainian flag, and the sunflowers represent the national flower. I hope this image becomes one of many shared on social media platforms to show support and solidarity with the people of Ukraine.

One hundred percent of the proceeds raised from the auction will be donated to the UNHCR Ukraine appeal. I am inspired by the courage of the Ukrainian people. I hope you will join me in this support and may our voices become a worldwide call for peace.

Delivery of Your Painting or Print:

Other Available Originals in the All Originals Category

Art to brighten your inbox!
Sign Up
No Thanks